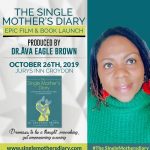 Single Mother
When I thought of doing the single mother anthology, it was an exciting feeling, to be honest. I was sitting in my car frustrated, wondering what I would do with my son because of the job offer I was just presented with. But of course, I had no childcare, no family support and we needed the money. You see that has been the story of my own life for the past 18 years.
The job was there, I didn’t have anybody to look after my son, and here I was once again. I had fallen back into a situation that I never wanted to be in, again.
That of a single mother.
Before my son, (Mikhel Kai) was seven, I had my daughter, Chardonnay, life was hard and we worked together for a long time on this journey, just the two of us juggling life.
I never wanted to be a single mother again, and here I was. What was I supposed to do when my eldest who was now 14, a grown teenager and I was about to I give birth to a baby? Was I to do an abortion? Was I to die? Trust me, getting an abortion was one thought but I decided to carry on.
He was a new addition to our family, and I had started doing everything I swore I would never have to do, again.
I was doing the nursing, changing all the diapers and I always thought I would never do all of that alone again, but what was I to do?
Single mothers, as busy as life gets please remember focussing on what you want is the best way to get out of this space. We sometimes sink into a pit of poor me syndrome, but listen to me, learn to snap out of that space and focus more on what you desire at the end of this chapter of your life.
I was gifted with a beautiful son, a fantastic kid who enriched my life. I never wanted to be a single mother again, and my unique mother journey began when I was at the age of 22. I was married back in 1998 and gave birth to my beautiful daughter Chardonnay Elizabeth and didn’t do everything alone at first, as her father and I were together. But as life would have it, we got separated, but it was never that challenging, as I was able to afford nannies, etc. Then, life happened again, and I ended up in the UK.
(See The Mango Girl and learn more about my life, as this book isn’t so much about that.)
However, life became more challenging when I moved to the UK, and I didn’t have any support system. Back in Jamaica, you can ask a neighbour or friend to give you a hand in picking up the child, but here in the UK, the laws are so strict that you can’t have anybody pick up the child unless they are registered on a list and it becomes complicated beyond belief.
So, how was I going to juggle everything? As a result, I spent a lot of my time being a supply teacher, who was an agency staff, and so I lived a very cagey and sheltered life and to be honest, sometimes it was frustrating. I couldn’t date, I couldn’t get a breather, and I had no personal space most of the time. 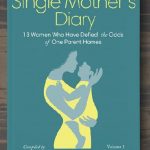 The launch is October 26th and here is where you can get tickets to join us:

In the UK, there are more than 1.7 million single mothers while in the US, more than 15 million women are parenting children on their own. This book by 11 single mothers shares a universal and empowering message: You are not alone, single moms―and your wisdom, strength, courage, sacrifices and selfless love are worthy of celebration.

The world tells single mothers that they are destined for poverty, sacrifices, a single life and being broke at retirement. Sometimes the narrative gets even deeper as many voices in our culture imply that children from single-parent homes will often amount to very little if anything at all. Too often these moms who do it all have been misrepresented and maligned.